Who Are You? The Kid's Guide to Gender Identity by Brook Pessin-Whedbee 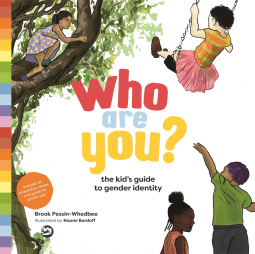 This is a short, simple picture book that includes a detailed discussion guide and a list of references and other materials that adults can use to discuss gender identity with young children.  The book claims to be for children age 4 and up, but could be read to younger children as well. I think this book can be useful for families, schools, and therapists.  As the medical community is learning more about the human body and what factors contribute to our gender identity, parts of our society are becoming less fearful and judgmental of people who at various places on the gender spectrum.  I hope that this book can help children and adults to gain a greater understanding and acceptance of all people, no matter what their gender identity may be.
Posted by herdingcats at 9:20 AM No comments: Links to this post

When the Moon was Ours by Anna-Marie Mclemore

Magical realism, racism, bullying, and transgender issues join together in this magical story about the love between Miel, a girl who had been turned into water for a period of years and Sam, who lives as a boy, wondering if he will ever want to stop being a baca posh and live as a woman. Miel, who grows roses from her wrist and Sam makes moons and strings them up all around town to act sort of like dream catchers.  The writing is lovely and the magical story is charming.
Posted by herdingcats at 10:50 AM No comments: Links to this post

These Shallow Graves by Jennifer Donnelly

Yay!, what a fabulous book!  I was expecting a mystery, but got an historical mystery/romance/feminist novel.  It is the late 19th century and Jo is a rich young woman in New York City, finishing school and preparing to be married off to a wealthy young man from a proper "old money" family.  Jo really wants to write and be a reporter like the notorious Nelly Bly who went undercover and exposed social ills.  When Jo's father died in what was called an accident, Jo begins to look deeper into the situation and she learns that it was no accident at all.  The more clues she finds, the more dangerous her clandestine investigation becomes.  Living in a world where nice young women never go out alone and are expected to marry for money, not love, and produce many children, Jo has other ambitions instead.  With the help of a handsome young newspaper reporter named Eddie, Jo learns also about the poor, Dickensian side of town and many social ills that she would love to write about.  I loved this story and stayed up too late reading it because I could not put it down.  I highly recommend this book!
Posted by herdingcats at 7:15 AM No comments: Links to this post

All We Had by Annie Weatherwax

Thirteen year old Ruthie is tough.  She had to be growing up in poverty with her mother Rita.  When the story begins. they have been evicted and move in with a "boyfriend" that her mother finds for them to live with.  They soon leave him and head out towards the east coast, where Rita is sure that Ruthie will eventually wind up in an Ivy League college.  Their car breaks down in a small town called Fat River, where they settle in and make a life for themselves with Rita working as a waitress.  Ruthie's best friend is Peter Pam, a transgender waitress who also works with Rita.  Eventually, the economy has a downturn and Rita finds herself her richest boyfriend yet.  This story is gritty and touching and I could not put it down.  I highly recommend this book.
Posted by herdingcats at 4:10 PM No comments: Links to this post

The Wonder by Emma Donoghue 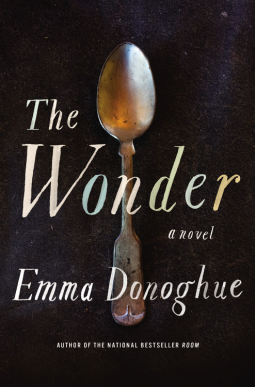 Set in a small Irish village in the late 1800s, shortly after the potato famine, Lib, an English nurse who had worked with Florence Nightingale, has been hired to observe an 11 year old girl named Anna who has supposedly survived for months with no food.  The Catholic church wants her fast observed and documented so they can be sure it is actually a miracle from God.  The story, while a bit of a slow read at first, is fascinating and takes on many issues.  Lib and another nurse, who is a nun, have been hired to observe only, but Lib soon realizes that her interference may be necessary. I really enjoyed this book and I highly recommend it.
Posted by herdingcats at 10:15 AM No comments: Links to this post

The Woman in Cabin 10 by Ruth Ware

I enjoyed reading this mystery suspense thriller.  Lo Blalock, a journalist gets a chance of a lifetime job break when she gets sent on a cruise when her co-worker who could not go.  Things begin to go wrong even before the cruise and when she witnesses what must have been a crime on the cruise ship, things go really wrong.  It kept me guessing the whole time and I was thrown off by the plot twists and turns.
Posted by herdingcats at 4:56 PM No comments: Links to this post 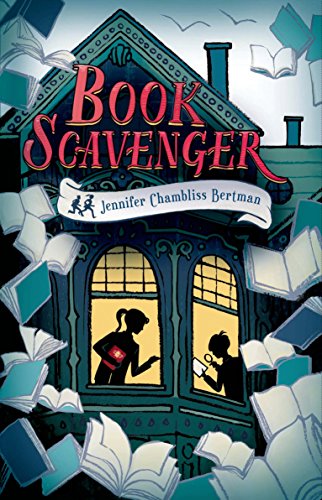 This is a cute, fun to read mystery for middle grade kids.  Emily is 12 years old, and she and her family have just moved to San Fransisco as part of her parent's quest to live in all 50 states.  Although they have moved frequently, for the past few years, Emily and her older brother have been able to play an online game called Book Scavenger where they hide and or find books based on online clues and earn points and positions by doing so.  The author who created the game lives in San Fransisco and the day they move there, he is shot and hides a book, which Emily finds.  She and her new friend,  James, follow the clues, solve ciphers and go on scavenger hunts to find books and clues to the mystery.  The book is also about friendship and how to be a good friend.  I enjoyed the book and I think that middle grade children will enjoy it as well.
Posted by herdingcats at 3:51 PM No comments: Links to this post

If the Magic Fits by Susan Maupin Schmid 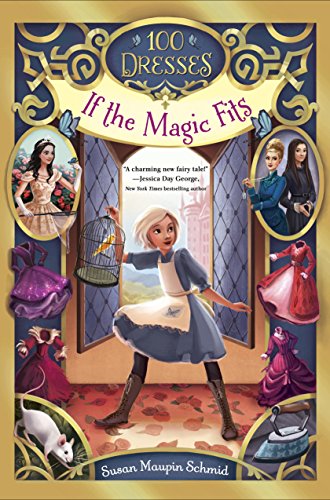 When 11 year old Darling Dimple is promoted from working in the kitchen to ironing for the princess, she learns that closet number seven holds 100 old dresses, which she later learns are magical.  Each dress transforms her so that she looks like someone else, which she needs to do in order to save the princess from marrying an evil prince.  The book is a fun read and I think that upper elementary and middle school age children will enjoy it.
Posted by herdingcats at 3:37 PM No comments: Links to this post

This is a fun to read young adult fantasy.  Lila is an orphan living secretly in the basement of a public library in a town known for magic.  It is like Disney World, but full of magical people and monsters and tourists visit to see them.  Lila's mom had been a guard who died protecting a member of one of the town's wealthy magical "Familes" when Lila was 13 years old.  After bouncing through foster care, she decided to live on her own, with the help of an old friend of her mom's.  She now lives by stealing, but still goes to high school.  When a good looking guy who is also part of a Family is attacked in front of her, she feels obliged to help him and then is drawn into the "Family" business.  There is magic, action and romance and I think teens who like YA fantasy will enjoy this book.
Posted by herdingcats at 5:46 PM No comments: Links to this post 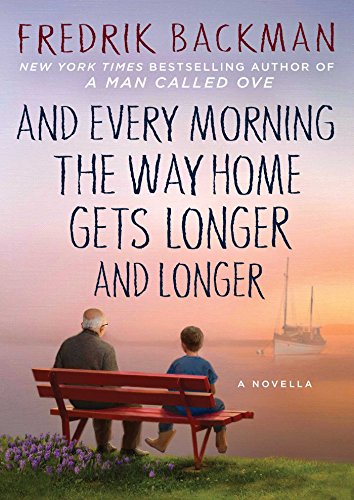 This short novella is a beautiful way to look at a sad situation.  Grandpa is losing his memory and he shares his love of math and his joy and love with his beloved grandson Noah, even as he loses his memories.  Once again I am astounded and impressed by how wonderful Bakman's writing is.  I cannot describe this book in a way that will do it justice.  I think that people who have loved ones with Alzheimer’s and dementia will be very touched by this book and I highly recommend it.
Posted by herdingcats at 4:48 PM No comments: Links to this post

herdingcats
I am an assistant youth librarian at a public library. I used to teach middle school reading, and I love children's and teen literature - and all books. My husband and I have 3 children, a dog, and two cats and occasionally we have foster kittens.