NeuroTribes: The Legacy of Autism and the Future of Neurodiversity by Steve Silberman 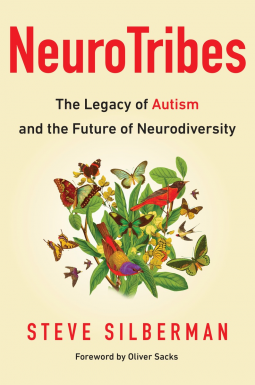 I highly recommend this book to people who wish to know more about autism.  It is incredibly comprehensive, and long, explaining how autism has been studied and treated over the past 100 years or so.  Much of it is rather horrifying, like the fact that in Germany during WWII, crematoriums were built connected to children's hospitals so they could easily dispose of the bodies of the autistic children who they said died of natural causes.  Equally appalling is the fact that in the US, autistic children used to be put into institutions, treated with electric shock therapy, LSD and other bizarre and horrific treatments.  We see that some of the doctors who created diagnoses cared more about getting their name in print for discovering something than they cared about actually helping people, yet their research and findings were accepted as being correct. The book explains how the movie Rain Man and author Temple Grandin brought adult autistics into the public eye.  It explains that autism is "not a single unified entity but a cluster of underlying conditions... that produce a distinctive constellation of behavior and needs."  It says that "There are roughly as many people on the spectrum in America as there are Jews."  Rather than seeing autism as a curse or something that must be eliminated, the book shows how Neurodiversity "is a valuable part of humanity's genetic legacy" and that rather than simply trying to eliminate it, we should focus on helping autistic people and their families live healthier happier lives.  This is a very long book and I read it and listened to the audio book and it took me a while to get through it, but it was worth it.  I received this book free to review from Netgalley and I highly recommend it.
Posted by herdingcats at 7:15 AM