Saving Alex: When I Was Fifteen I Told My Mormon Parents I Was Gay, and That's When My Nightmare Began by Alex Cooper, Joanna Brooks 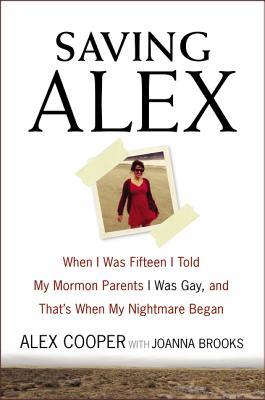 Wow, very sad and scary story.  When she was 15 and told her LDS parents that she was gay, Alex had no idea that they would send her away to be degayified, which is not rally possible. The people her family sent to stay with were not certified or state regulated as a treatment program and she was basically held captive tortured physically  and emotionally for 8 months in their home.  She was lucky that they finally allowed her to go to school where she opened up to a friend about her situation and she was rescued out of it.  The fact that such thing as gay conversion therapy even exists is horrible and the situation that Alex was in was physically and emotionally abusive and she was lucky to survive.  She did go to court, and won the right to live in Utah and be protected from her parents or anyone else trying to put her into any gay conversion therapy again, which should help other teens.
Posted by herdingcats at 4:22 PM No comments:

The Darkest Minds by Alexandra Bracken

In this young adult dystopian novel, a virus has hit the US, that either kills children between ages 10 and 17 or gives them psychic powers.  Ruby is put into a government run camp where children who are affected are kept.  Their parents are told they are being rehabilitated, but they are not.  She convinces the camp that she is a Green, with powers that are not dangerous, so she is able to survive.  Then, when she is 16 years old, a woman breaks her out of the camp along with another boy who is also an Orange, those who can control the minds of other people.  Ruby quickly realizes that they only want to use her and she escapes and winds up first with a small group of other children; Chubs, Liam and Zu, but they later join a group of children who are living in a camp that is supposed to be free children.  Danger, romance, psychic powers and evil adults and children fill this YA dystopian novel.  I look forward to reading the other books in the series.
Posted by herdingcats at 10:10 AM No comments:

The Blazing Bridge by Carter Roy

Like the others, the third book of this series is a very fun and adventurous story.  I think that fans of Harry Potter and The Lightning Thief will enjoy this series.  Ronan and his friends in the Blood Guard struggle to keep Greta, who is a Pure soul, although she doesn't know it, safe from Ronan's father and the evil Bend Sinister group.  When Greta's mother and their cat are kidnapped, it is up to Ronan and his friends to save them.  I really enjoyed this book and I look forward to the next one!
Posted by herdingcats at 10:07 AM No comments:

ContamiNation: My Quest to Survive in a Toxic World by Mckay Jenkins 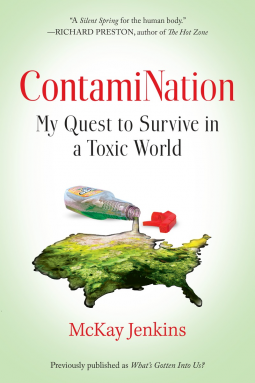 This is a well-written and researched and important book about the toxins in our environment.  From plastics, medications, pesticides and herbicides to toothpaste and shampoo, we are stewing in a chemical soup.  The author not only tells us about the various chemicals found in our homes, drinking water, lawns, the products we buy and how they wind up in our bodies.  The book has a helpful appendix with resources to help find better products to use and groups to contact.  Most importantly, we need to demand legislation that will protect our environments and ourselves. I highly recommend this book.
Posted by herdingcats at 9:49 AM No comments:

Filled with Russian folklore, this story begins when Anouk is 15 years old and is being punished for being outspoken with an arranged marriage to a mean old man.  She runs away and is taken in by kind villagers where she learns more about gathering herbs used for healing.  When the leader of the village falls mysteriously ill, Anouk feels it is her duty to find a cure to repay him for his kindness and that of the entire village.  She goes into the dangerous Dark Woods to find a healer and finds adventure and romance as well.
Posted by herdingcats at 6:56 PM No comments:

The Other Boy by M.G. Hennessey

Twelve year old Shane Woods is a transgender boy who has moved with his mom to a new city and new school and is keeping the fact that he is transgender secret, or as his mother calls it, private. His best friend, Josh does not know he is transgender, nor does anyone else at his school. He is ready to take hormones, but his father is concerned about that. The book discusses the issues of being a transgender child and also has a good story. I think middle grade children will enjoy this book.
Posted by herdingcats at 6:51 PM No comments: 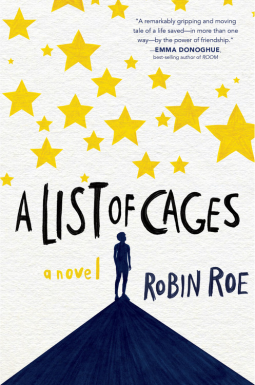 Oh my goodness!  Such a sad and horrible, yet at the same time great book!  I read it all in a few hours today.  I couldn't put it down.  The story is told alternately by 14 year old Julian and 18 year old Adam.  Many serious issues are dealt with, death, abuse, foster care, adhd, dyslexia, bullying, but there are also wonderful friendships and love.  Years earlier, after his parents died, Julian lived with Adam and his mother who provided a foster home for him.  Now, living with his uncle, Julian's life is quite different. The relationships and friendships between Adam and his friends and Julian are wonderful and Julian's uncle is evil and horrible and the story will make you cry. It is an unforgettable story.
Posted by herdingcats at 12:34 PM No comments:

In a world where there are now superheros and super villains, 15 year old Danny is a boy who wants to be a girl.  When he is an unwitting witness to the death of a superhero named Dreadnought, she gets her wish, a female body, along with superpowers and the choice of what to do next .  Her father is abusive and very much against her being transgender and her mother is unable to stand up to him.  There is prejudice against her being transgender even among the superhero community so though she now has the body she has always wanted, some things have not changed.  She befriends another girl who calls herself Calamity, who fights against evil whether it is outside of the government or within it,  and begins to learn more about the superhero community and the evil villain who killed Dreadnought.  I like that Danny has to overcome her own fears and learn to use her powers and chose whether to use them for good or not.  This book is a fun read and I think teens will enjoy it.
Posted by herdingcats at 12:18 PM No comments:

The Body Electric by Beth Revis

In this intriguing science fiction book for teens, eighteen year old Ella is helping to run her family business, allowing people to relive memories.  Her mother is ill and dying and her father was murdered a year ago.  She has been having disturbing dreams and when a young man named Jack shows up and warns her about her best friend, she begins to realize that things are not as they seem.  Jack claims to have known Ella in the past, but he has been erased from her memory.  Now it is up to Ella to figure out what is real and what is going on because only she has the key to stopping another war from happening, but she doesn't know what it is.
Posted by herdingcats at 10:24 AM No comments: