Fly by Night by Frances Hardinge

In this intriguing middle grade fantasy, twelve year old Mosca Mye leaves town with a con man she has just met and her feisty goose.  Set in the middle ages in a world where guilds rule and all writing is banned unless it is approved by the Stationers guild, Mosca had been taught to read by her now deceased father.  In her journey, she is drawn into the political and religious clashes in the kingdom.
Posted by herdingcats at 11:14 AM No comments:

This is a fun to read last book in the series about Pennyroyal Academy.  I do think it has potential to be continued if the author chooses to do so though and I would love to see that happen.  As the story begins, Evie and Maggie are attacked by witches and rush to the Academy and find that it is under attack by witches as well.  There is lots of action, adventure and courage as Evie and her friends try to  save the Academy from the witches.  They learn again that fear is conquered by love and that kindness and respect are the marks of a true princess.
Posted by herdingcats at 11:43 AM No comments:

Water in May by Ismée Amiel Williams

This book is written by a pediatric cardiologist and is based on a true story.  It is raw, realistic and very sad.  The characters are not likable and their situations are lamentable.  It is, however, for the most part, an excellent story.  Fifteen year old Mari Pujols is pregnant and she learns that her baby has a serious heart defect.  Her family and the baby's father want her to have an abortion.  At her school, girls being pregnant is not unusual, girls having abortions isn't unusual, girls having babies isn't unusual, however, a girl who has an abortion because her baby has a heart defect is unusual and a girl who has a baby with a heart defect is unusual.  The story is heart wrenching and I think that people will enjoy it.
Posted by herdingcats at 11:34 AM No comments:

No Is Not Enough: Resisting Trump’s Shock Politics and Winning the World We Need by Naomi Klein

I know that many other people, like me, wonder how on earth we wound up with Trump, a politically ignorant, mentally unstable reality TV show host as president of the United States.  This book shows how and why that happened.  The author discusses the problems in both political parties and Trump's rise to fame and how he is using his power and his brand to influence others and why we need to stop his destructive policies to save the environment.  I highly recommend this book.
Posted by herdingcats at 9:48 AM No comments:

Can I Touch Your Hair? Poems of Race, Mistakes, and Friendship by Irene Latham and Charles Waters 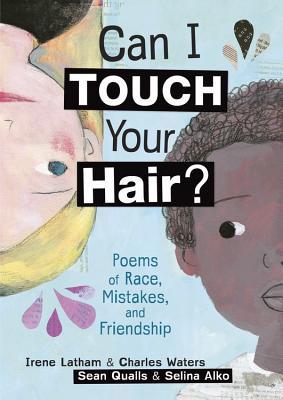 I think that middle grade students will be able to relate to, enjoy and learn from this lovely book of poems.  Two fifth graders are assigned to work together on a project and they discuss their experiences with racial issues, feeling left out and other feelings.  I highly recommend this book!
Posted by herdingcats at 9:42 AM No comments:

In this paranormal mystery/horror story, a group of 3 young adults revisits the town where as teens, they solved mysteries. Peter, one of their original group, committed suicide a few years back, but Nick , who has been in and out of mental institutions over the years, is accompanied by Peter's ghost.  Andy, who has been in and out of trouble herself, gathers the old gang together including Kerri, a lovely redhead, who Andy has been in love with since they were 12 years old, and Tim, Kerri's dog, a descendant of the original dog who went on their adventures with them. None of them has been the same since their original sleuthing.  Although they caught the bad guy, a man who dressed up as a monster, they still have nightmares and Andy thinks they need to find out what really happened that night so many years ago.  The book is fun to read with it's overly descriptive language.  I stayed up way too late just to finish this book because I couldn't put it down.
Posted by herdingcats at 9:30 AM No comments:

Are You My Dad? by Leslie Kelley 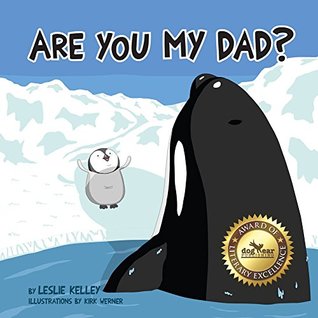 When little penguin's egg rolls down a hill as she is hatching, she finds herself alone and begins to search for her dad.  She asks each animal she encounters in the arctic landscape if they are her dad.  The albatross is not her dad, he can fly while her father cannot.  The orca tells her that he is much larger than her dad.  She realizes that the clicker is not her dad either.  With a similar feel to the book Are You My Mother?, this book is sure to entertain and educate children and parents alike.  The illustrations are very cute!
Posted by herdingcats at 11:20 AM No comments: