What Christians Can Learn From Other Religions by J. Phillip Wogaman 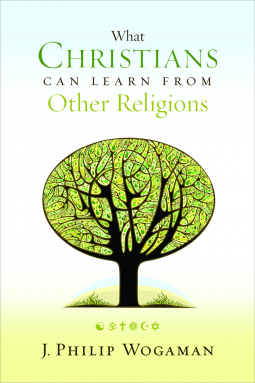 This is an interesting book. The author tells his Christian viewpoint of what other religions are about and then how he thinks Chrisians can benefit from some of what he thinks their concepts are. He looks at most of the world's religions, Judaism, Islam, Buddhism, Hinduism, Taoism, Jainism, Sikhism, Baha'i, atheism, and even Confucianism and Primal Religions. The author's views are very open and accepting although I am not sure that members of the various religions that he portrays would all agree with his portrayals of their religions. The author's understanding of the Trinity, which he says Christians can learn something from the Muslims about, is not one that I think fits in with the Orthodox Christian view of the triune God. I think that many readers will find his thoughts on the Trinity and on some other Christian topics to be rather unorthodox. The book has discussion questions at the end of each chapter and it is well written and easy to read. I think that it can lead to some interesting discussions. I received this book free to review from Netgalley.
Posted by herdingcats at 6:33 PM