Home Another Way by Christa Parrish 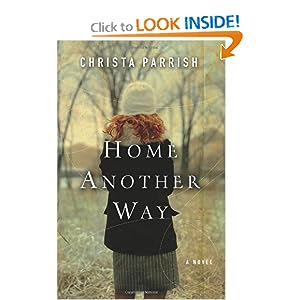 I thought this was just another Christian Romance novel.  It seems to follow that genre.  The main character, Sarah, was raised by a grandmother who did not love her while father had been in jail for killing her mother.  Sarah blames her father for her loveless life and after a failed marriage and miscarriage, she goes to the mountains to get her father's inheritance after his death.  Her father has stated in his will that she must live in his house there for 6 months in order to inherit his money so she lives in the small mountain town where she finds that other people's troubles are worse than hers - exageratedly so if you ask me.
Typical of the genre, her hard outer shell is cracked and she learns to love others and herself.
This book does not, however quite fit the typical Christian Romance genre, which is a bit refreshing.
I enjoyed the book very much and recommend it and plan to read Ms. Parish's other novel as well.
Posted by herdingcats at 12:14 PM